We are sorry to announce that our friend, teacher, and colleague, Donald J. Kouri of the University of Houston, passed on February 9, 2021, at 82.
Kouri developed one of the most fundamental and frequently used approaches for deriving transition probabilities and cross-sections in quantum reactive scattering processes, based on the Lippmann-Schwinger equation, a known formulation till today as the Baer-Kouri-Levin-Tobocman (BKLT) equation. He has also invented the Distributed Approximating Functionals (DAFs) wavelets (with David Hoffman of Iowa State University) which allowed efficient signal analysis and image processing and was used to study fluid dynamics and reaction dynamics.
Among the many awards he received during his career was the Special Creativity Award from the National Science Foundation in 1992, the Humboldt Award in 1973, and the Alfred P. Sloan Foundation fellowship in 1972, the UH Outstanding Research Award in 1997, and the Esther Farfel Outstanding Faculty Award in 1982.
Donald J. Kouri visited our center in Jerusalem quite frequently and was a dear friend of all our researchers. His wisdom inspired much of our science in Jerusalem.

Schlag was a distinguished spectroscopist and also paid attention and enjoyed developing and applying relevant theories. Beginning with his Ph.D. thesis, which was the first-ever quantitative test of the RRKM theory of unimolecular reactions, his forte performed experiments that probed and challenged conventional wisdom. During his tenure as a professor at the Technical University of Munich, Schlag was widely regarded as the leading German chemical physicist. American born, Schlag started his academic life in the US with an interest in kinetics. He became a professor at Northwestern and then moved to the TUM.
When Minerva decided to establish its first center at the Hebrew University, its partner, the German Ministry for Research and Technology, BMFT, chose Schlag to be the first chair of the Beirat. Schlag traveled to Jerusalem for the final negotiations between the German delegation and the Hebrew University and worked hard and effectively to create a suitable framework towards scientific excellence, including viable computational facilities. The structure that he designed serves as a model for the subsequent Minerva centers at HUJI. Schlag continued his yearly visits to Jerusalem for holding meetings of the Beirat. He was a leading voice for the center both within the Hebrew University and towards Minerva and the BMFT. His activities resulted in several increases in the endowment of the center. In recognition of his extensive contributions and scientific excellence, the Hebrew University awarded Schlag an honorary doctorate in 1988.
Schlag was awarded the Werner Heisenberg Medal from the Alexander von Humboldt Foundation in 2001, and the Gold Honorary J. Heyrovsky Medal from the Academy of Sciences of the Czech Republic in 1993.
Edward W. Schlag died on August 11, 2020.

Victoria Buch was born in Poland in 1954, where her family remained after the Shoa of the second world war, in which her grandmother and aunt were murdered in the Treblinka extermination camp. After the Six Days War of 1967, a wave of antisemitism swept Poland, Victoria's parents lost their academic appointments, and the family made Aliyah to Israel. Buch studied chemistry at the Hebrew University before her army service. During her enrollment, she served as a liaison officer, and after discharge, started her graduate studies with Professor Robert (Benny) Gerber at the Fritz Haber Center. Buch graduated in the mid-'80s and started a postdoc at Harvard, together with her husband, Professor Ron Elber. In 1993 Buch began her tenure at the Fritz Haber Center in the Hebrew University, where she obtained full professor's rank.
On the methodological side, Buch's research achievements included the development of rigid-body treatment of molecules in diffusion quantum Monte Carlo (QMC) simulations and quantum path-integral simulations of mixed para-D2 and ortho-D2 clusters. Together with colleagues, she has deciphered many intricate properties of solid-state hydrates and the molecular scale properties of ice's surface and in aqueous solutions. Buch, for example, discovered from simulations that proton stabilization near the water surface water leads to a surface-localized acidic layer.
Buch divided her time between cutting-edge science and humanitarian work, fighting for human rights causes, especially helping the Palestinian population in the Judea and Samaria area.
She died of cancer on June 21, 2009. 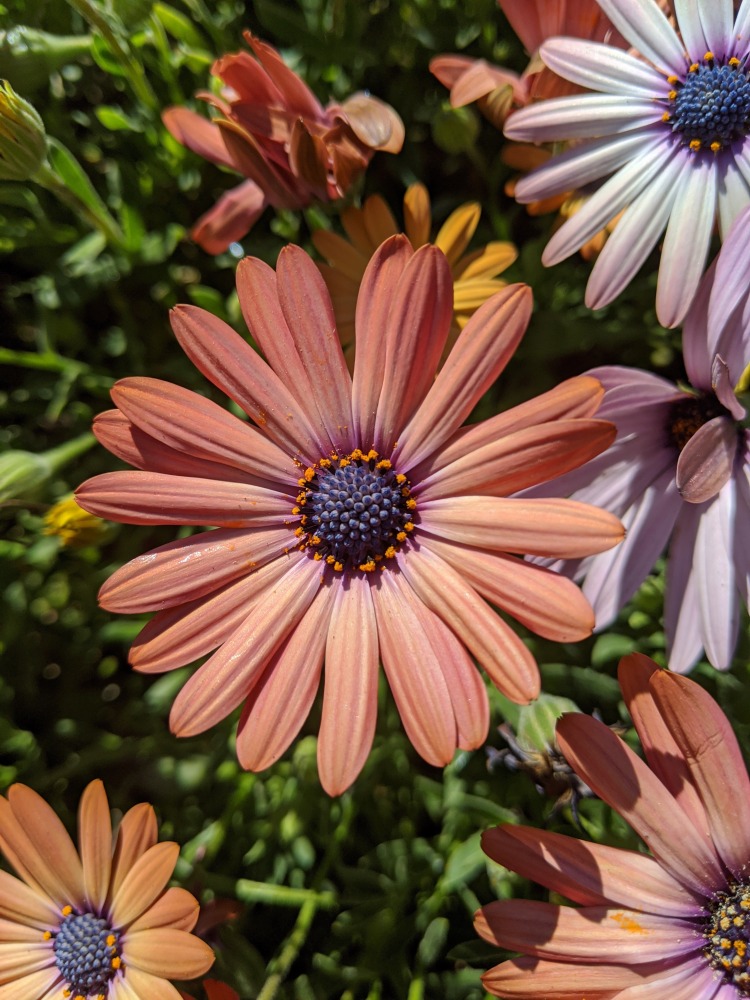